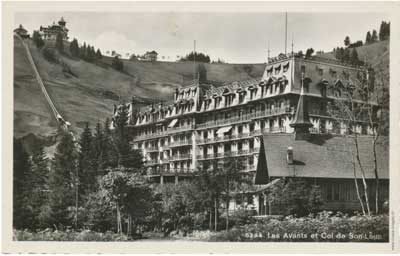 The chapel was built for the benefit of Engish tourists in 1872 in the grounds of the Grand Hotel by the proprietors, the Dufour brothers. When Christ Church in Montreux-Clarens was closed in 1968, services in Les Avants were also discontinued. The chapel is now part of the Protestant Reform Church (L’Eglise Evangélique Réformée du Canton de Vaud (EERV)