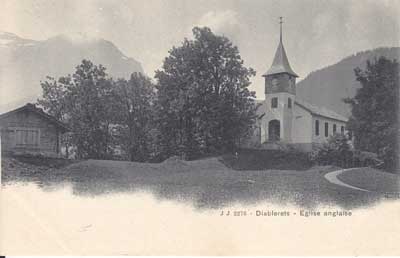 The Grand-Hotel constructed an Anglican Chapel in 1881. The cost was in large part covered by a subscription amongst English tourists. In 1893, an Association in Ormont-Dessus bought a clock from Aigle and placed it in the tower. The clock was created by the famous artisan Abram Dupertuis. In 1947 the chapel became part of the Swiss Protestant Church