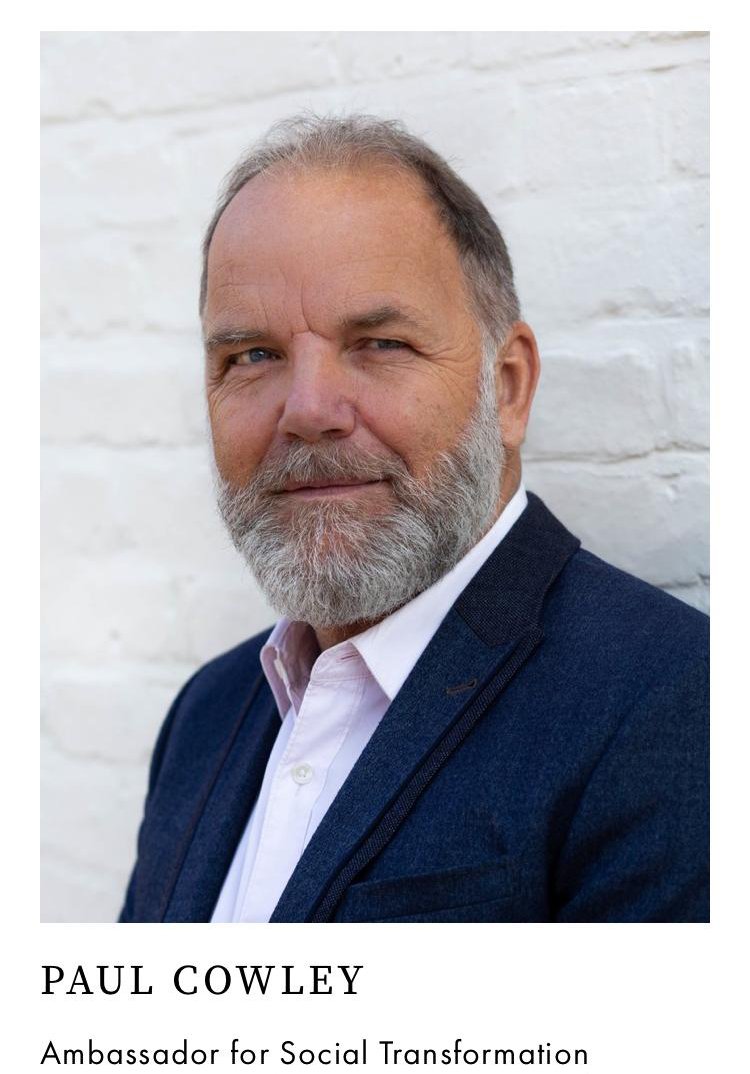 Paul was born in Manchester. Both parents were alcoholics, his home life was filled with verbal and physical abuse. At the age of 15 he left home to live on the streets and became involved in crime which led to a prison sentence in Risley prison.

At the age of 21 he enlisted into the Army over the following 17 years, he did several tours in Northern Ireland and served in the Falklands campaign. In 1992 he left the Army as a Staff Sergeant, having served in the Royal Artillery, The Royal Green Jackets and the Royal Army Physical Training Corps.

He then ran The Bath and Racquets Club in Mayfair as the the General Manager From there he went on to run Champney’s Health Club in Piccadilly.

In 1994, after being an Atheist for almost 38 years, he attended an Alpha course and became a Christian he volunteered for a prison visit.

Paul became passionate about caring for people both inside prison and on their release.

In 1996 he pioneered the Alpha course within the UK and International prison systems.

In 2002, after completing a degree in theology, he was ordained priest into the Church of England.

In 2005 he founded the charity ‘Caring for Ex-Offenders’ (CFEO), which has helped over 2000 men and women reintegrate back into society.

In 2009 he pioneered the Alpha course within the Armed forces

In 2012 he founder the Willian WIlberforce Trust.

In 2014 Paul received a Lifetime Achievement Award from the Lord Longford trust for his work in prisons.

In 2016 Paul was awarded the MBE from Her Majesty the Queen for ‘Services to Ex-Offenders’.

He has been on staff at Holy trinity Brompton church for over 22 years and has been the pioneer of the last two church sites of HTB including, Queens Gate, running tradition and Anglo Catholic services.

He is a Governor of Glendower girls Preparatory Work School in London.

Has been the chaplain to two previous High Sheriffs of London.

in 2016 He was appointment Bishops’ Advisor for Prisons and Penal affairs in london.

He is an international speaker, broadcaster and published author.

Sign up for our weekly newsletter
Upcoming Services and Events

How to find us